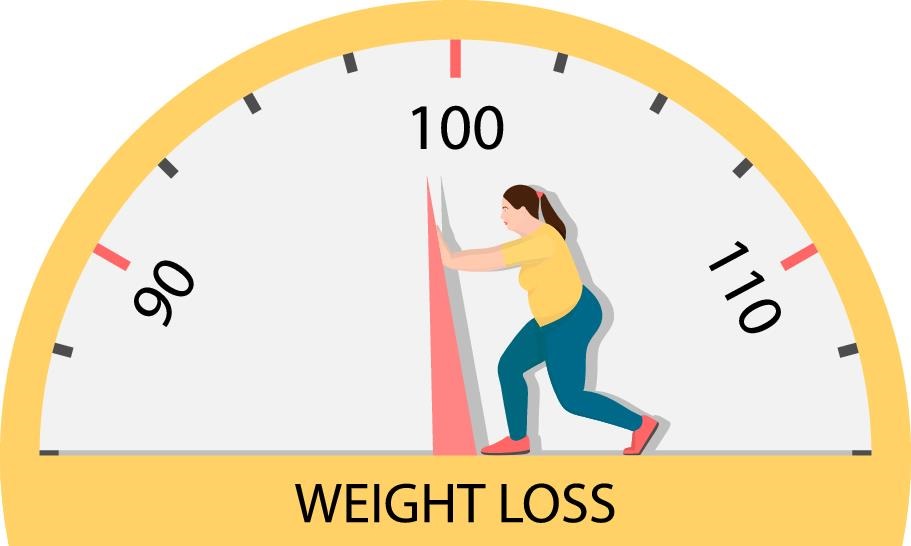 Losing weight doesn’t have to be a constant, long term battle. Yet despite this, many people still struggle with their weight month after month, year after year.

The frustration can become almost unbearable as you wonder just how long it’s going to take before you experience the weight loss results you want.

While there are many reasons why someone may be struggling to lose weight, there are certain ones that keep coming up again and again.

To help you avoid the frustration that so many people experience, here are 3 of the most common reasons why people struggle to lose weight, and what you can do about it…

Often people will have a sudden burst of inspiration and say to themselves “That’s it, I’ve completely had enough of my weight, and I’m determined I’m going to lose it”.

So they drastically restrict their diet, they cut out all the foods they enjoy because they believe they shouldn’t have any, and they resign themselves to the idea that it’s going to be like this for some time yet.

They may also start an excessive exercise routine where they go from no exercise, to maybe 6 days of exercise per week.

These people are trying really hard…

But they are trying TOO hard!

They’ve tried to change their whole lifestyle in one shot which is really difficult to do and very rarely works, especially when their lifestyle and habits may have been the same for years or even decades.

They feel really restricted and can’t keep up the new lifestyle because they are trying to do everything in one go. It feels like a big struggle rather than being enjoyable.

Also when the weight doesn’t fly off their body they feel really disappointed and this is understandable. They might think, “All this effort for results that aren’t good enough, why bother?”

That’s when they go back to their old lifestyle believing that if they can’t lose weight with what they’ve just tried, then how are they ever going to lose weight?

While it’s great to try hard and do your best, don’t try to go from an unhealthy lifestyle to a super healthy lifestyle in one go. It virtually always can’t be sustained which is why it’s much better to make small but frequent improvements instead.

The person who doesn’t try hard enough is the exact opposite of the people I’ve described above who try too hard to change all their lifestyle in one go.

The people who don’t try hard enough say that they want to lose weight, but do they really?

They say that they dislike their health, fitness, or body, and that they would love to lose weight, but they don’t do enough about it.

They may start exercising for a few weeks and then just quit straightaway because they didn’t see instant results. Plus it felt too much like hard work. Very often they repeat this cycle weeks or months later and not surprisingly the same thing happens. They quit too early.

Or they will start a diet or healthy eating plan on Monday, but by Friday they’ve already finished the diet and forgotten all about it, at least until they try the same thing again a few weeks later.

The problem these people are having is that they are lacking belief and motivation!

You need to believe that you can be fitter, healthier, lose weight, and have a better looking body, because if you don’t then you have no motivation to do anything. After all, why put in much effort if you’re not going to get any decent results?

When you believe you can get great results, which I know for definite that you can, then the motivation to take positive action and be successful is very powerful…

You make the effort and get things done because you know all the great physical and mental health benefits that await you.

A problem that many people have when trying to lose weight is that they are totally unrealistic about how quickly they should lose weight.

They see the claims made by things like magic diets and slimming pills, and want to believe that they can lose weight this fast. So whatever they try, they end up quitting because it doesn’t bring about the magical results they expect.

But think about this…

If the weight took you months or years to put on, then can you really expect to lose it in weeks or a few months?

You have to pay the price of time and effort if you want to get the health, fitness, weight, and body that you’re happy with.

It’s all about being realistic and accepting that it WILL take time to lose weight and it WILL take sustained effort. When you accept this, it becomes much less frustrating because you’re not constantly being disappointed by results that you’re not happy with due to having unrealistic expectations.

You are also a lot more likely to be successful because you’re encouraged to do things that bring long term results. This is rather than looking for, and wasting your time with, short cuts in the hope that they’ll help you lose weight quicker.

What I’ve shown you here are 3 of the most common reasons why people struggle to lose weight, and what you can do about it to get better weight loss results. Make sure you avoid these mistakes and you’ll suffer from much less frustration as you go along!

Losing weight doesn’t have to be a long, hard, and frustrating struggle…

When you approach it in the right way losing weight can be a positive and empowering experience as you get to see the great improvements that you are making to your life.