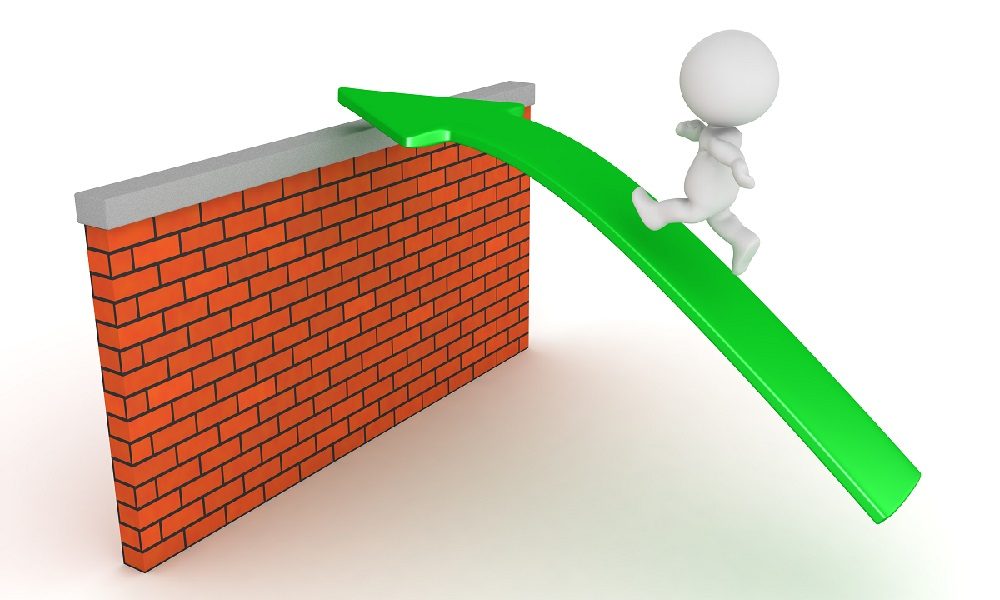 Although running is a physical activity, a lot of what you get out of running and how quickly you improve depends on your mental strengths.

So you slow down or stop before the end of the run believing that you can’t possibly finish.

How can you break through these mental barriers? How can you make running feel easier so that you help your body run further or faster, get more out of your runs, and therefore improve quicker?

Here are 5 mental strategies that will help…

1. Run to the next target

Sometimes with running you can feel like you’re struggling and you may be thinking “I can’t keep going any longer, I just need to stop”.

A good thing to do in this situation is to set yourself a target which could be the next tree, lamppost, or house. This gives your mind a sense of relief because it thinks “All I have to do is get to the next tree and then I can stop and have a rest”.

It’s the same feeling that many people experience near the end of a race. They feel exhausted and like they couldn’t do possibly do anymore but then they end the race with a sprint finish. This shows that it’s their mind that’s holding them back, not their body.

The good thing with this technique is that you can very often keep going when you reach your target because you realise that you still have a bit of energy left. So then you set another target, “Ok, now I’ll keep running until I reach that tree over there”.

This helps to split your run into smaller segments which is very useful when you feel like you’re struggling. Aiming for the next small target is much easier mentally than thinking you’ve still got another 10 minutes to run or another mile left.

2. Think about something else

Rather than thinking about how difficult your run feels and how tired your body is feeling, it’s often better to try and distract yourself by thinking about something completely different.

Try to let your mind wonder and think about anything except how your body is feeling at that moment. It could be things like what you’ll be doing tonight, what you’re plans are for the weekend, or your next holiday.

Some people who run with others, or people who run on a treadmill while watching television, can run further or faster under these conditions than they can on their own. It’s because their mind is not telling them to stop, it’s thinking about something else instead.

It can be hard to take your mind off the difficulty of your run if you’re really struggling. However, even if you can just get one or two minutes of mental distraction it can be enough to get you through a difficult period and then you will feel better and complete the rest of your run.

Listening to music is similar to thinking about something else when running, like described above. However, with music many people find it even easier to switch off from the difficulty of their run.

You always have the music in your ears so it’s a constant distraction which makes it easier to let your mind relax and wonder. You don’t need to try to think about anything else, you just need to listen.

Pick the right music that motivates you and you can also find that it helps to push you on to run further or faster than you normally would.

4. Concentrate on your running style

With this technique you focus on how you are running, rather than how hard your running feels. So instead of thinking “I really need to stop”, you think things like “Hold it together, keep relaxed, keep your head up, keep using those arms properly”.

5. Remind yourself that you’ve done it before

Another technique that I like to use is to remind myself that I’ve done the run before and there’s no reason why I can’t do it again.

Very often someone will be struggling mentally on a run and saying things like “I just can’t do it, I’ll never finish it”, when in fact they’ve done the exact same run several times before. If you haven’t had any time off, been injured, or had any other setbacks since you last completed the run then there’s no reason at all why you can’t do it again.

When you remind yourself that you’ve done the run before, it gives you more motivation to keep going because you now believe and have confidence that you can do it.

Break through your mental barriers

It’s very important to do whatever you can to get the best out of each of your runs. The higher the quality your runs are, the fitter you become and the better runner you become. This also makes it much easier to lose weight.

So here you have 5 mental strategies that make running feel easier and this will help you run further or faster and improve your running ability quicker.

Remember though that different mental strategies work for different people so I recommend trying them out and seeing what works best for you.