Do you have an excuse or a real limitation? 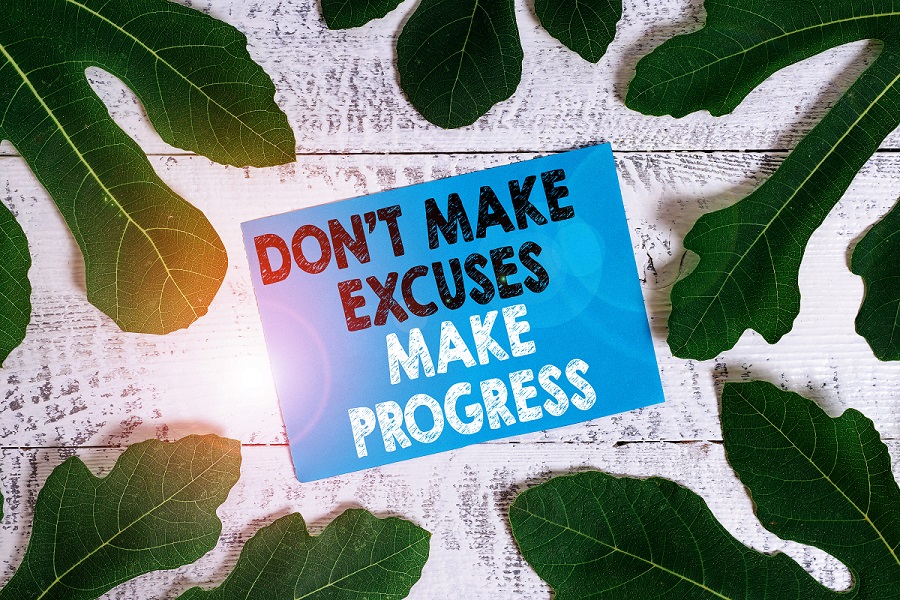 Did you know that many people believe they are limited in so many ways and that they can’t do things when in fact they have EVERYTHING they ever need to be successful?

So the question I’m going to explore today is this…

“What’s the difference between an excuse and a real limitation?”

An excuse is defined as “a reason or explanation to justify a fault”. In other words a person knows they have a problem somewhere but rather than rectify the problem they choose to look for reasons to justify it instead.

This can be deep in the subconscious where the person doesn’t even realise that the problem exists and genuinely believes they have a real limitation rather than an excuse.

An excuse is something you can control. It may be a negative thought or belief, a negative emotion, or a fear that’s holding you back, but it can be overcome.

How can you do this?

One way is to take some positive action and push yourself out of your comfort zone. The more you challenge an excuse, realise what it really is, and keep trying to overcome it, the greater chance you have of making it a thing of the past.

Many people have excuses not to exercise or not try as hard as they could. Let’s take a look at some of them…

“It’s too cold outside to go to my exercise class”
“It’s raining so I can’t run”
“I haven’t got time”
“I can’t be bothered”
“I’m too tired to exercise today”
“What will people think?”
“I’m too fat to exercise”

The thing with excuses like these is that they are false because they are the invention of the person who has them. In other words, they exist only in the mind of that person. They are what that person chooses to believe.

One person may create an excuse not to exercise or to skip an exercise class. At the same time, someone else in the exact same situation will be exercising, getting fitter and healthier, losing weight, and making great improvements to their life.

The only difference is that one person has made an excuse whereas the other person has got rid of their excuses and taken some positive action which then provides them with the tremendous benefits that exercise provides.

A real limitation can be defined as “a limiting circumstance or restriction”. It’s something that actually stops you from doing something. No matter how hard you try you will never be able to do it.

Here are some examples of real limitations…

Can you see the huge difference here between an excuse and a real limitation?

The disappointing thing is that the vast majority of people don’t have anything like these limitations yet they have an abundance of excuses.

On the other hand, the people who actually have these real limitations would give anything to have the opportunity that YOU have to be able to exercise.

It can feel difficult to get rid of excuses but the first thing to do is take some time to think about what excuses you may have and realise what these excuses are. It’s becoming conscious of your excuses.

Then it’s a matter of getting out of your comfort zone, challenging these excuses, and removing them out of your way. Don’t allow them to slow you down or hold you back!

If you want to improve your health and fitness, lose weight, and get a better looking body then go for it, stick with it, and make it happen.

What’s stopping you? An excuse or a real limitation?