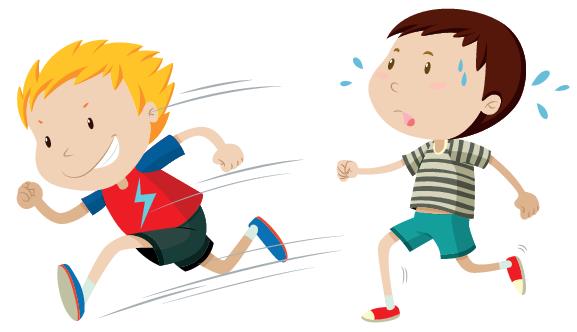 A big mistake that many people make when trying to get fitter or become a better runner is ONLY focusing on increasing the time or distance they can run. They train for endurance and forget about “speed” which is very important.

Even if you’re training for a 10k, half marathon, or even a marathon, you will become a much better runner by including speed in your training.

In fact the only exception where speed training isn’t important is for beginner runners. In their case it’s better to build up their fitness first by increasing the time and distance they can run, and then look to improve their speed. This is how I help the beginners group with these Running Classes.

For many runners though, speed should be an important part of their training, if they want to become the fittest and best runner that they can, and get the most out of their time.

So let’s take a look at what happens when you train for endurance and speed, and how this affects your fitness and running ability.

When you train for endurance it’s all about running for longer times or distances. It’s what’s known as aerobic training where your body is able to take in plenty of oxygen which allows you to keep running for a long period of time.

So by training for endurance you can increase your fitness and run for longer.

However, the big drawback is that you are only training your body and muscles in one way, which is to run aerobically. The result is that you become a long, slow runner.

That’s why many people who train for a long distance event are quite comfortable when they run at a slow pace, but if they increase their speed a little then they struggle and can’t keep it up for any length of time.

Training for speed is where you run at a quicker speed that you can’t keep up for a long period of time. This could be anything from a 2 mile hard run to 40 metre repetitions, depending on your running goals and level of fitness.

The big difference between training for speed and training for endurance is that speed training involves both aerobic and anaerobic training. In other words, you are training your body to be able to run with oxygen and without oxygen.

The result is that you gain the speed to run faster over both short and long distances, plus you also gain the fitness to keep running over long distances.

Putting it all together

Training for endurance will only improve your endurance, but training for speed will improve both your speed and endurance because it involves both aerobic and anaerobic training. So if you want to become the fittest and best runner you can be then it’s very important to include speed training.

They develop into an all round runner, rather than being a one-trick pony! This is how I help the advanced group with these Running Classes.

So it’s best to use plenty of variety in your training. Yes include endurance runs, but don’t forget about the all important speed runs. When used correctly they provide the quality that moves your fitness and your running ability onto the next level and way beyond.