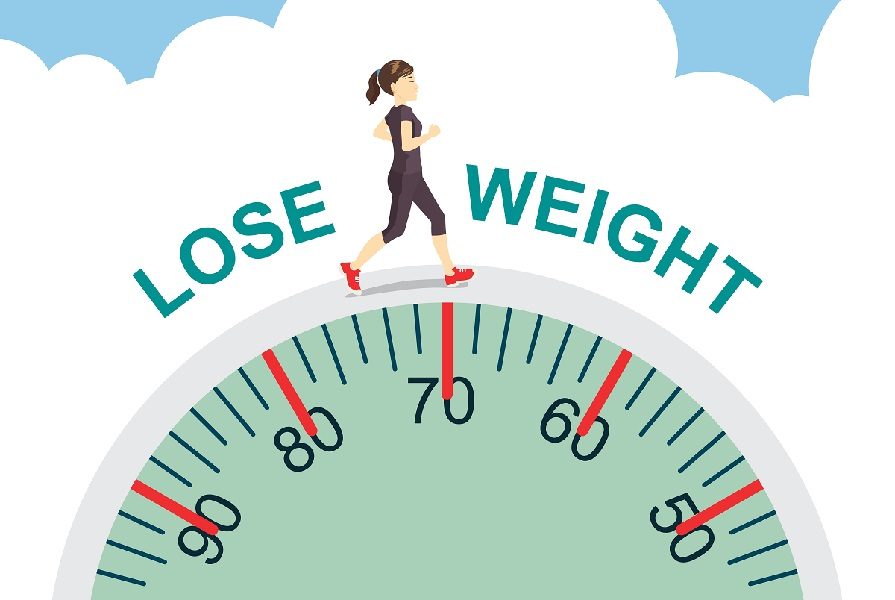 Some people believe that trying to lose weight with walking or running is basically the same thing because they think that they both burn the same number of calories per mile. However, I’ll show you here why this isn’t true.

This belief is probably more down to hope than judgement because as we all know walking is MUCH easier than running.

It doesn’t make sense that a 2 mile steady walk could burn the same energy and the same number of calories as a 2 mile tough run.

The theory behind this thinking is that whether you run or walk for a mile you are still carrying the same weight over the same distance which results in your body using the same energy. So you should burn the same number of calories whether you’re walking or running.

It’s a good theory, but unfortunately it’s wrong! And here’s why…

When walking, your centre of gravity remains at a fairly constant height above the ground. In other words you walk along fairly smoothly with little upwards or downwards movement.

When running, your centre of gravity varies much more. You have to lift your weight up and push yourself off from the ground, and when you land your body lowers as your knees bend to absorb the weight.

It takes a lot of energy to keep lifting yourself into the air like this, and that’s why the number of calories burned running is greater than walking.

The equations below can be used to calculate the number of calories that you burn by running and walking, as adapted from “Energy Expenditure of Walking and Running” (Medicine & Science in Sport & Exercise, December 2004).

In this study researchers measured the calories burned when running and walking over 1600 metres (around a mile) on a treadmill for 12 women and 12 men.

So really it’s better to use the net calorie burn equations instead because this is where you can work out how many EXTRA calories you burn by running or walking.

As well as burning more calories, running also has other advantages over walking. For example, because it’s a harder form of exercise your fitness will improve much quicker which means that your ability to burn calories also increases.

In other words, you can complete more exercise and at a much higher quality level, so it becomes easier for you to burn calories and lose weight.

Running is also a quicker form of exercise than walking which means you can cover the same distance while saving plenty of time. Or you can run for the same time as what you would normally walk, and therefore cover more distance and burn many more calories.

Now that you know why using running is much more effective than walking for losing weight, take full advantage of this and make running a part of your life.

There’s absolutely nothing wrong with walking to burn calories and help you along the way, but it just makes more sense to focus more of your time and effort on running to help you lose weight.